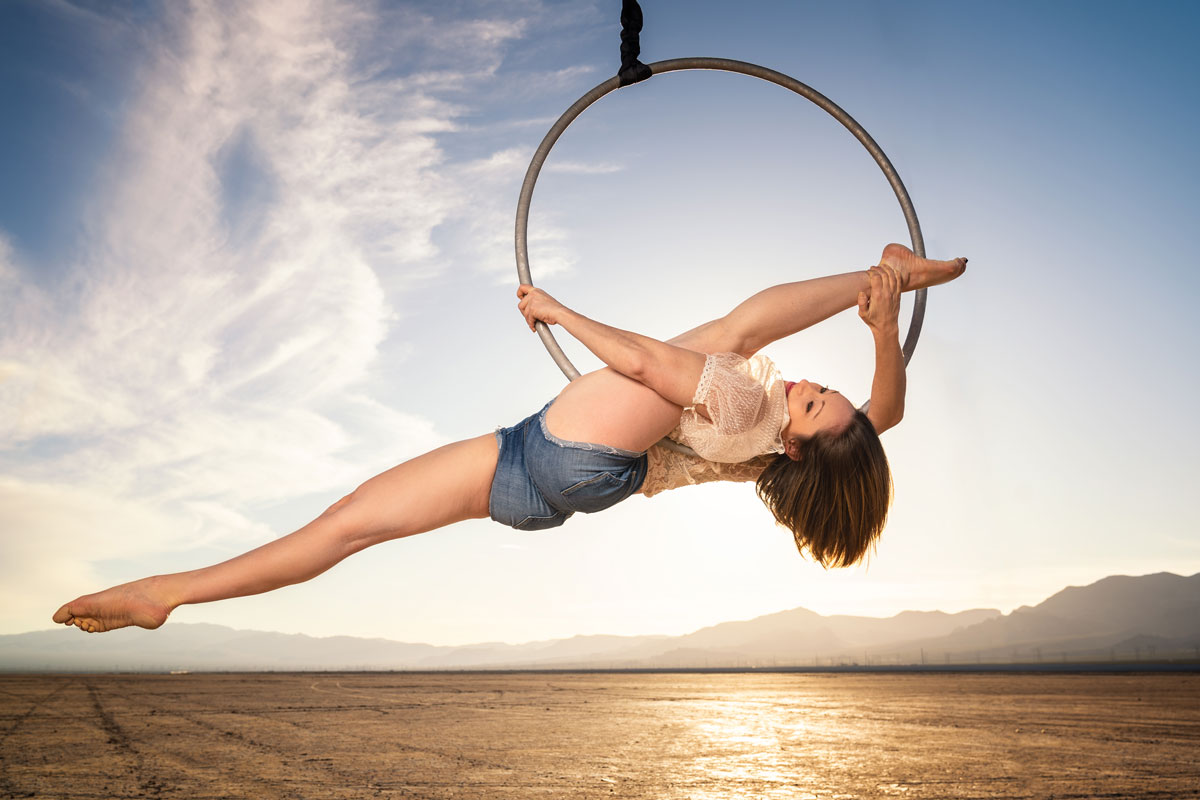 Want to spice up your skill level and round out your Lyra knowledge? In this immersive workshop we’ll introduce you to a smorgasbord of Lyra treats! We will work on one-off skills and sequencing, dynamic movement, above the bar exploration, and spin technique. This workshop is meant for the intermediate to advanced level student with the stamina (and callouses!) to get a lot of information in a packed weekend.

Age:
16 & up or permission of instructor

Prerequisites:
Students with a regular lyra practice who are comfortable cleanly inverting multiple times, are able to move about the hoop with a single hand grip, and can safely execute moving through front and back balances without assistance.

Megan Mallouk is a Chicago based circus artist and instructor specializing in lyra, aerial cube, and cloud swing. Megan’s performance career began in childhood where she competed nationally and internationally as a rhythmic gymnast. Her focus shifted to theater in high school, and she went on to obtain a B.A. in Theater from Lake Forest College.

Megan found her way to circus after taking a flying trapeze class on vacation. With its blend of athleticism and theatricality, she was hooked, and decided to pursue a career in circus. She went on to graduate from NECCA’s ProTrack Programs and AirCraft Circus’ Full Time Program in London.

As a performer, Megan has appeared in a wide variety of theater shows, circus cabarets, full length circus productions, and has appeared in tv and film. As an instructor, Megan’s unique movement research, adaptability, attention to technique, and extensive knowledge in active flexibility, have made her an asset on teams around the United States and beyond. She has taught as a core instructor at NECCA, Aloft Circus Arts, The Actors Gymnasium, Show Circus Studio, Aerial Horizon, and Sweet Retreats. In addition, Megan teaches guest workshops across the US and works as an aerial trainer for Royal Caribbean.

< Back to Workshops Page