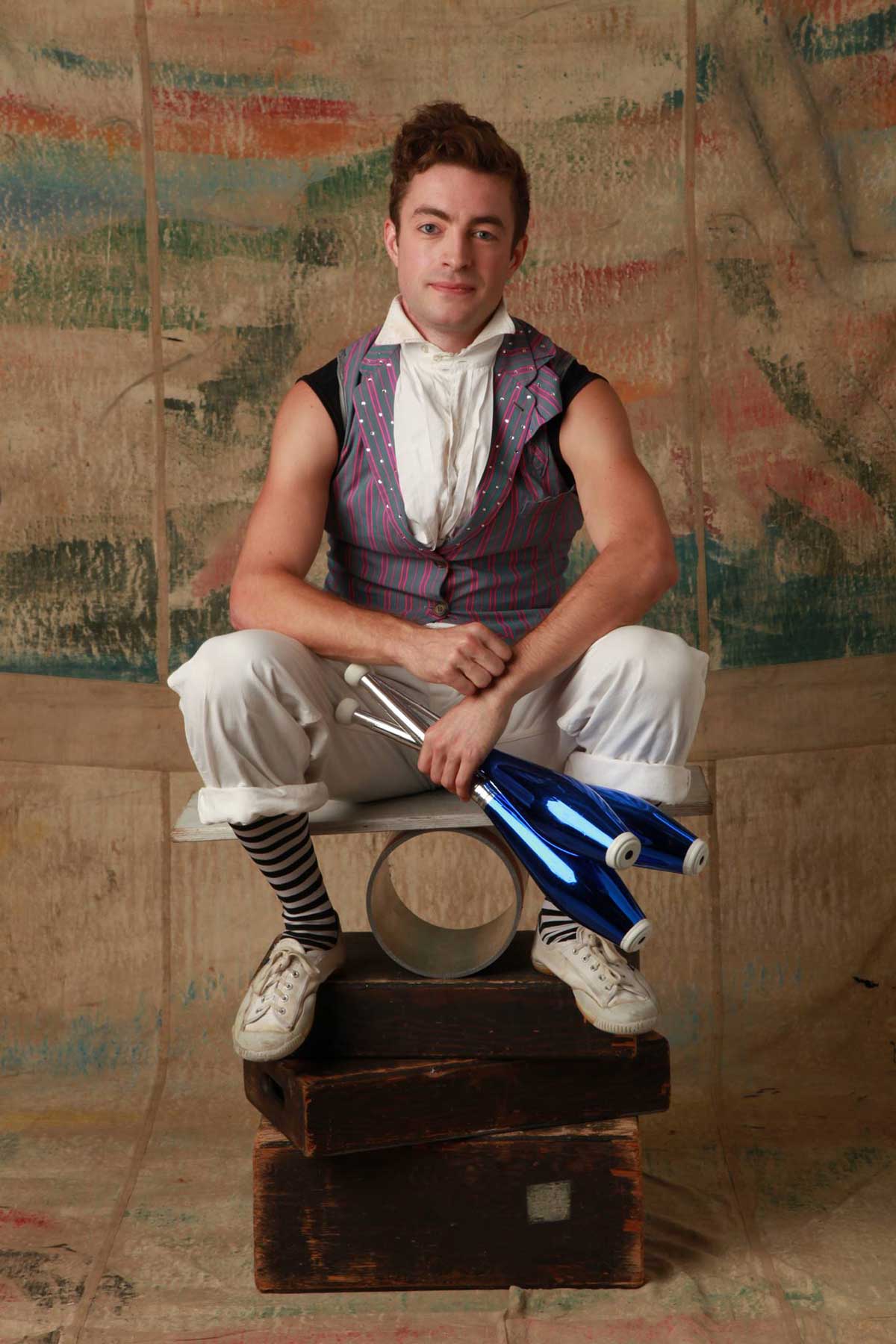 Jan Damm began performing juggling shows for kids in central Maine when he was 12 years old. Since then he has toured nationally and around the world as a professional clown and circus artist. Highlights include headlining the production show on Celebrity Cruises ‘Silhouette’, Montreal’s ‘Festival Completement Cirque’ with ‘Midnight Circus’, playing Broadway with ‘Cirque Mechanics’, ‘Big Apple Circus’ 40th Anniversary Tour, and performance intervention work in Haiti and Lebanon with ‘Clowns Without Borders’. He’s also appeared on David Letterman, and with Circus Bella, Circus Zoppe, Flynn Creek Circus, and Circus Flora among others. Jan has a passion for coaching and creation, and has worked as an instructor throughout the country, including coaching featured acts on Smirkus Big Top Tour. He lives with his wife and circus partner Ariele, and their children Timo and Ilsa.