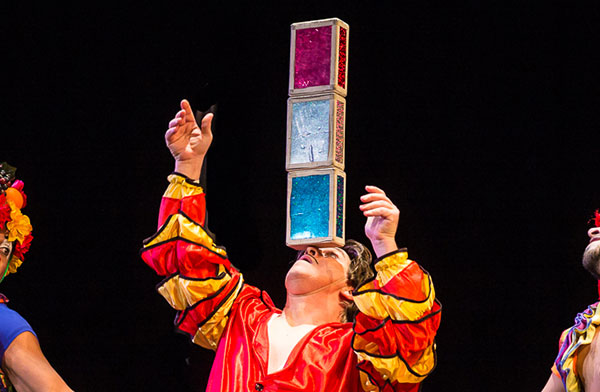 Tony Duncan has entertained in many venues all over the world from circuses and nightclubs to corporate shows, colleges, and cruise ships. He received rave reviews in the Broadway show Sugar Babies and has opened for such comedic stars as Jeff Foxworthy, Tony Randall and Henny Youngman. Tony has also collaborated with Martha Stewart both on her K-Mart commercials and in her TV show. Tony is the winner of the 1994 World Juggling Championship and took home top honors at the Variety Artists World Cup in Japan by being named most original act in 1995 & most impressive act in 1996.

Most recently, using a variety of odd characters, he has been performing in original theatrical circus collaborations with Wunderle’s Big Top Productions, Cirque Motion, Zany Umbrella Circus, and Nimble Arts.